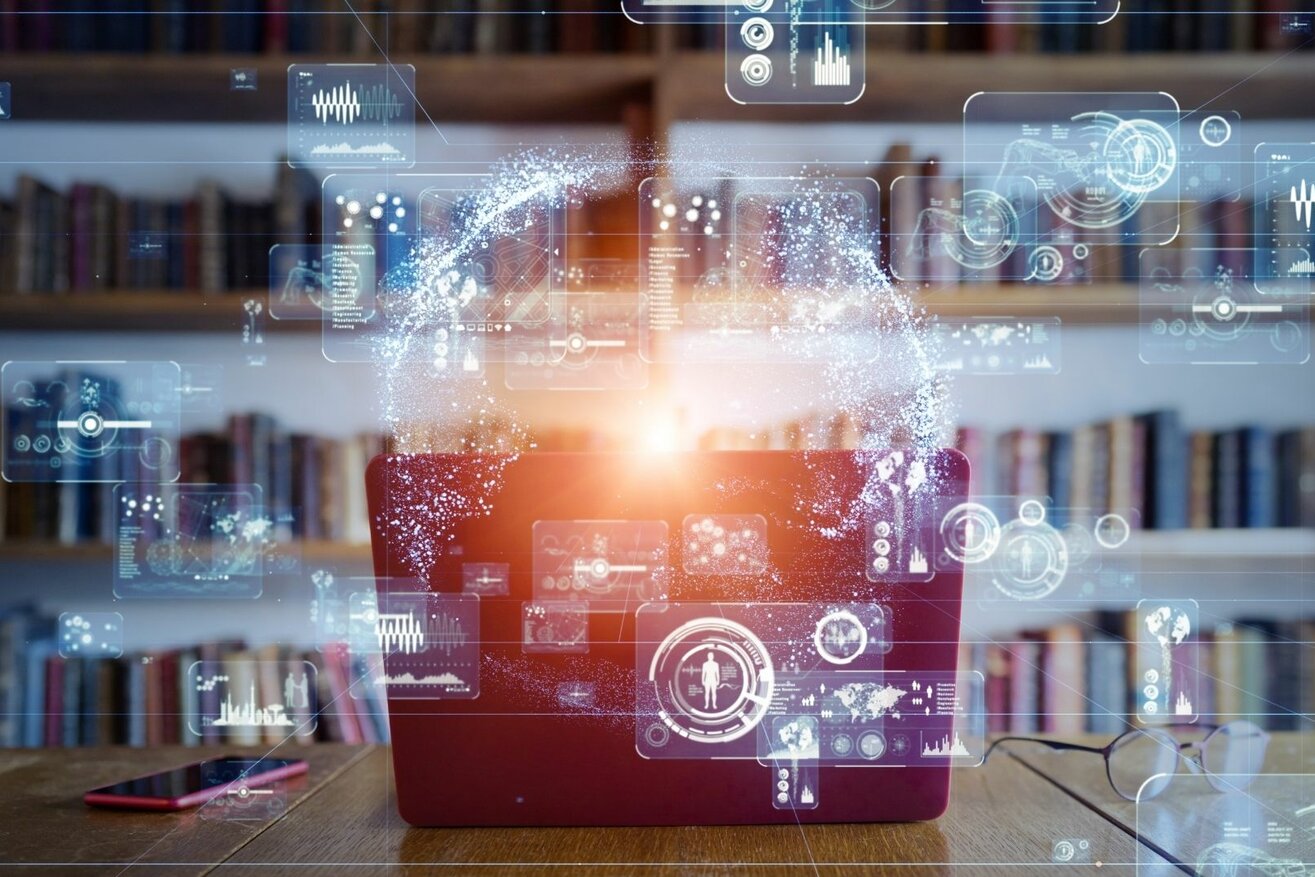 Recently, Odgers Interim hosted a roundtable for Founders, CEOs, and Senior Leaders within the UK Education Technology (EdTech) space to reflect and talk about the growing demand and future challenges of the sector.

Having grown by 72% in 2020, the UK EdTech sector is now valued at an estimated £3.2bn. With COVID-19 acting as an accelerator, technology has proved a vital solution amidst school closures, lockdown measures, and increased digital adoption in both B2B and B2C markets. The UK is starting to punch above its weight, attracting 41% of all EdTech investment in Europe and growth in demand for technology solutions from schools, universities, students, and teachers.

However, the UK is still very much in its EdTech infancy, with a notable lack of EdTech “unicorns” coming out of the UK so far.

To that end, we hosted this roundtable for leaders to discuss the common growth challenges faced by UK EdTechs, to share ideas and expand networks. We were joined by a broad range of businesses, from early-stage start-ups in their infancy, through to major PLCs and some of the most established EdTech players in the UK. We discussed what were nominated as the 3 most prevalent obstacles to growth: these were raising investment, scaling in the UK, and scaling internationally.

Raising investment for a UK EdTech

We started by discussing the challenges of raising investment in the UK EdTech scene. Clearly, this poses a challenge for any technology company looking to scale (particularly start-ups), but this is exacerbated in EdTech due to a lack of VC funding in the UK market, and perhaps more importantly a lack of patience in a business model that is slower to commercialise than many other technology areas.

The size of the UK market is limited by the curriculum, only in a certain number of schools (although potential lies outside of the curriculum), and therefore many EdTechs do not make money unless they go international. With VCs typically looking for a return within 3 to 5 years, they are often not geared up to invest in EdTechs which will take longer to scale. We discussed the need for an investor to understand this – and in particular, to get behind investing heavily in the product, rather than focussing on Sales & Marketing at an early stage, as they would in other businesses. It is crucial for an EdTech product to be fully developed and made sustainable, thus justifying renewals. This is different to other technologies where a minimum viable product would be taken to market to test feedback. This is another reason why many EdTechs fail, as investors may be put off by how long it takes to develop and test the product, which often stands at a year or more. There was a resounding agreement that the reason we have not seen a UK EdTech “unicorn” yet, is not down to a lack of ideas, or quality of talent, but down to the lack of funding here in the UK.

This was brought into focus by the fact that the number of UK EdTechs who have revenues of £5m+, who are profitable, is likely to be in single digits. One perspective was that the VC market was not worth exploring until the company had reached £1m in revenues. However, on the plus side, the strength of the Angel investment market in the UK was discussed, with some having success from crowdfunding – a valuable way of continuing to progress before reaching more significant milestones.

We heard from a company that had scaled rapidly from a local presence in the UK to a significant international presence. This was through backing from a family office, which suits the EdTech model as the investors are not looking for the quick return VCs look for. Equally, they are interested in the social purpose the company sets out to achieve and are often personally invested and knowledgeable in the education space – which can prove highly valuable and unique, particularly when compared with other investor types, for instance Private Equity. For these reasons, they are often much better suited to the circa 10-year return on investment they would see from EdTech. This enables the company to have active conversations about where they want to be in 2030 and beyond – which is clearly much easier when the capital is there.

We also heard from a start-up that had secured investment from a large education company, joining their accelerator programme. There were many advantages to this in addition to the capital: bringing to the table a valuable network, insight around strategy, and operational know-how. Combined with a passion for what they were doing, it was agreed that having a strategic investor that can help the company reach the next level was clearly the best route – despite this being easier said than done for many start-ups.

We compared the UK funding landscape with the US, where there is a much bigger pool of impact investors, and a greater level of risk appetite. That said, it has proven challenging for UK EdTechs to access this capital without having international traction, particularly in the US market, which becomes a ‘chicken and egg’ scenario given that they need investment to scale internationally. Equally, there needs to be a unique selling point for the investor to the proposition that is not available in the US market, which is often a challenge given the strength of the US EdTech market.

We also touched upon the public markets anecdotally, with a PLC in attendance, drawing the conclusion that the dynamics are very similar with investors interested in a 3–5-year return. With larger organisations they have similar challenges in terms of the time to commercialise, in this instance with developing new products to replace legacy ones. As such, we saw that regardless of the size, success, and ownership structure of the company, patience from investors is particularly crucial.

The conversation naturally progressed to consolidation in the EdTech market. Combining the funding challenges with the wave of innovation and disruption in the UK, it is evident that this will be a key feature in the UK and internationally. It was agreed that many smaller EdTechs would prove valuable acquisition targets to incumbents, specifically those who are cloud native, with a modular product that is (or could become) a leader in that segment, and most importantly could be then taken to the international markets. The potential is huge, not just in the US, but throughout the globe, with Education radically evolving everywhere.

The group also explored the dynamics of the international market – which, as already discussed, is a valuable (if not essential) route for UK EdTechs. It was natural to start with the US market, given its size and potential; some had achieved success from an early stage in the US.

One key driver behind this was the market economics being much more favourable in the US – as you could sell to much bigger schools and at the district level – which often would include upwards of 4000 students. Therefore, a positive return on Sales & Marketing investment was possible in Year 1, where in the UK this would be unlikely. Another key enabler to scaling in the US, and other international markets, was partnerships – which was a theme to our discussion in its entirety. If companies could find partners that were capable of selling software solutions (many potential resellers were more focussed on hardware), this could prove fruitful. Others build relationships with consulting bodies, which also brought success.

Whilst growing in as many countries as possible seemed attractive, we learned that some felt they had spread themselves too thin across multiple geographies. As such it seemed a sensible strategy to acquire customers internationally, but then to select the highest potential markets and go deeper.

Outside of the US, we discussed the potential in other Continental European markets. There were success stories from some in Benelux and Scandinavia, markets that seemed to be faced with similar challenges and opportunities. The conversation moved onto China, home to many EdTech “unicorns” with an undoubtedly huge opportunity and customer base. We discussed the considerable obstacles to achieving success in the Chinese market, specifically with data privacy concerns, and more critically a recent ban on generating a profit from software in schools.

Scaling in the UK

We finished the discussion by exploring the UK market, where it is evident that there are also challenges and complexities, like there are with the international market. The most common one was the speed of decision making in UK schools and universities, and the ‘red-tape’ that had to be cut through to sell their product. Anecdotally, for some it had taken 12 months for institutions to on-board their technology. This was another area in which partnerships could break down barriers – if EdTechs could work with vetted companies, already embedded in those institutions, this could change the game.

A resounding success that many people had seen, and focussed on, was word of mouth. All agreed that teachers and professors tend to buy from each other. As such the need for testimonials, videos, and case studies, highlighting the benefits of the product, had proved hugely valuable. If a user was excited about the product, they would likely talk to their colleagues and even other institutions, thus selling the opportunity on the EdTech’s behalf. This could then lead to higher renewals, which many valued over and above numbers of customers.

It is evident that Education Technology is primed for significant growth in the UK. Whilst there are significant growth obstacles that UK EdTechs share, there is also a wealth of talent, innovation, and now a better understanding of how EdTech companies can succeed.

Whilst capital remains difficult to access, the growth many had experienced through 2020 has helped to warm investors to the market.

With continued collaboration, these organisations have the chance to seize the exciting growth potential we have witnessed. With the shared view that partnerships could prove crucial, we are committed to continuing to play a role in the development of UK EdTech – and as such are looking forward to hosting another roundtable in 2022.

If you would like to find out more about out Technology Practice or Interim Management Services, please get in touch with Andy Wright.