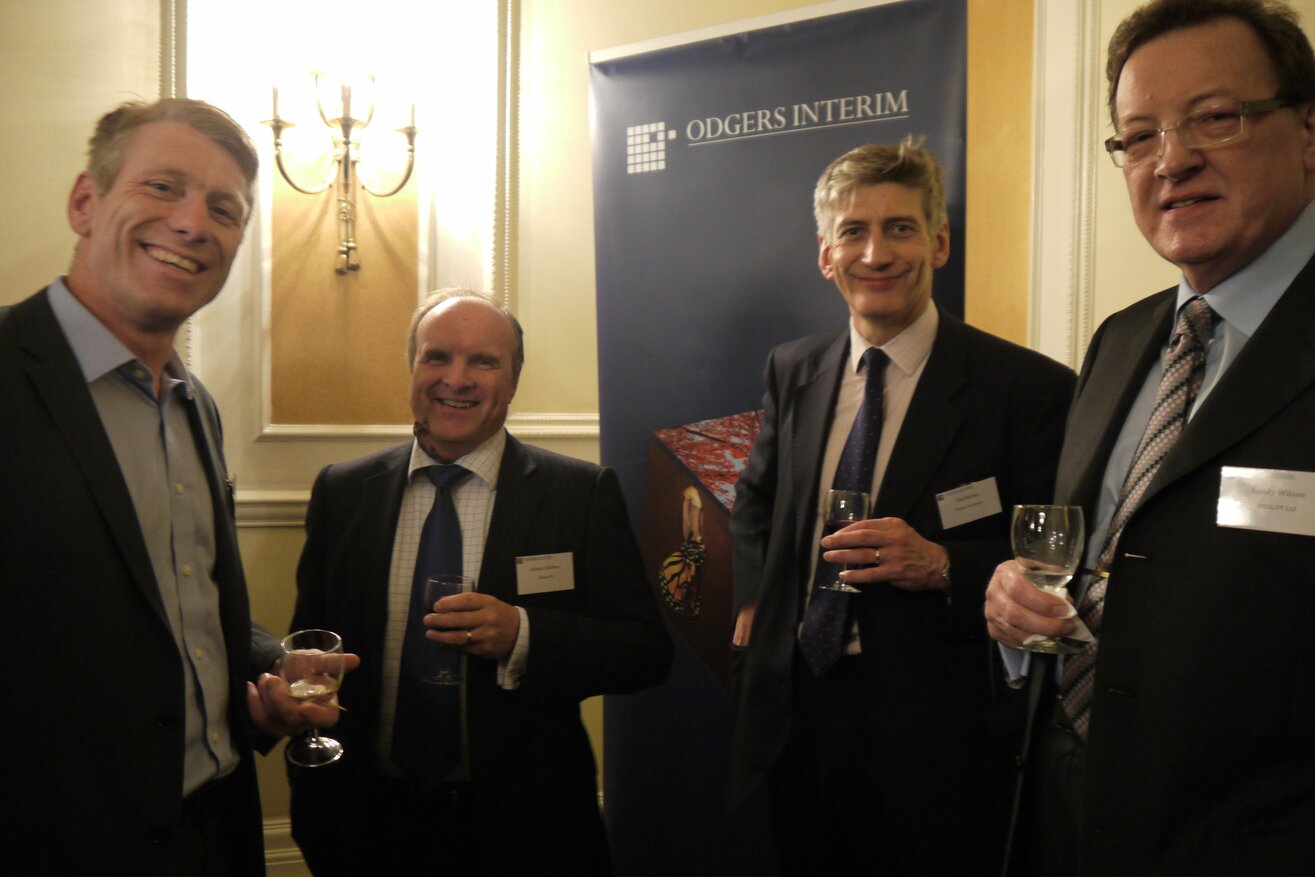 Odgers Interim earlier this month staged its annual Project and Programme Management event which attracted some of the UK’s leading companies and business people. The event, entitled “Managing Major Programmes: Ensuring Success”, took place at the Institute of Directors in London and featured a keynote speech from Dr Paul Chapman who is Director, MSc in Major Programme Management at Saïd Business School, University of Oxford.

During his presentation, Paul examined what constitutes ‘success’ in a major programme context by considering the nature of major programmes and the people who lead them. He shared the view that Major Programme Management is not only the most exciting field of human endeavour but it is also more widespread than generally recognised, though beset by a track record of poor delivery.

He stressed that the role of a Major Programme Manager is key and therefore a vital determinant of the success of any programme – especially as demand for the people who can lead on such programmes far outstrip the supply; a status quo that he believes is unlikely to change in the near future.  Paul was particularly concerned that the pipeline of talented people coming through is not sufficient enough to resolve the issue. He went on to speculate that this is because the career path is unstable and the professional development routes are often unclear.

With this in mind, he posed the question to those people responsible for resourcing major programmes in their organisations and employing Major Programme Managers: “Do you hire them or do you grow them?”

Commenting on this, Paul said: “On our MSc in Major Programme Management we further enhance and grow the skills of the already capable project leaders and focus on the practical skills necessary to develop senior practitioners that can deliver very large and complex projects on time and on budget.”

In summary, Paul shared his view that alongside practical experience, there is also the need to understand the most relevant theories and how to apply them to the context of the major programme. He identified three key factors that can drive success: having a technical understanding so a programme can be adapted and prepared for the next phase of delivery; having commercial competence; and being able to lead – both in terms of the many organisations involved in a programme’s supply chain as well as maintaining the internal team’s mental, physical, emotional and intellectual health over the long-term.

He then went onto to give an overview of how Saïd Business School’s programmes (the MSc Major Programme Management and the UK Government Major Project Leadership Academy) aid the learning journey and . More information can be found at: http://www.sbs.ox.ac.uk/programmes/degrees/mpm

Duncan Hoggett, Head of Odgers Interim’s Project and Programme Management practice, said: “Paul is one of the UK’s leading and foremost thinkers when it comes to Major Programme Management, so we were thrilled he was able to speak at the event. His careful balance of insight and knowledge was of huge interest and I know he educated - as well as inspired - our audience.”

Duncan added, "Paul’s presentation emphasised the fundamental role good people play in delivering successful outcomes. Odgers Interim is the UK’s leading provider of interim programme and project managers, supporting a broad range of organisations. There is a clearly identifiable cadre of interim executives whose involvement in a programme all but guarantees success.”