15 years is not a long time in business; three "five-year plans"... 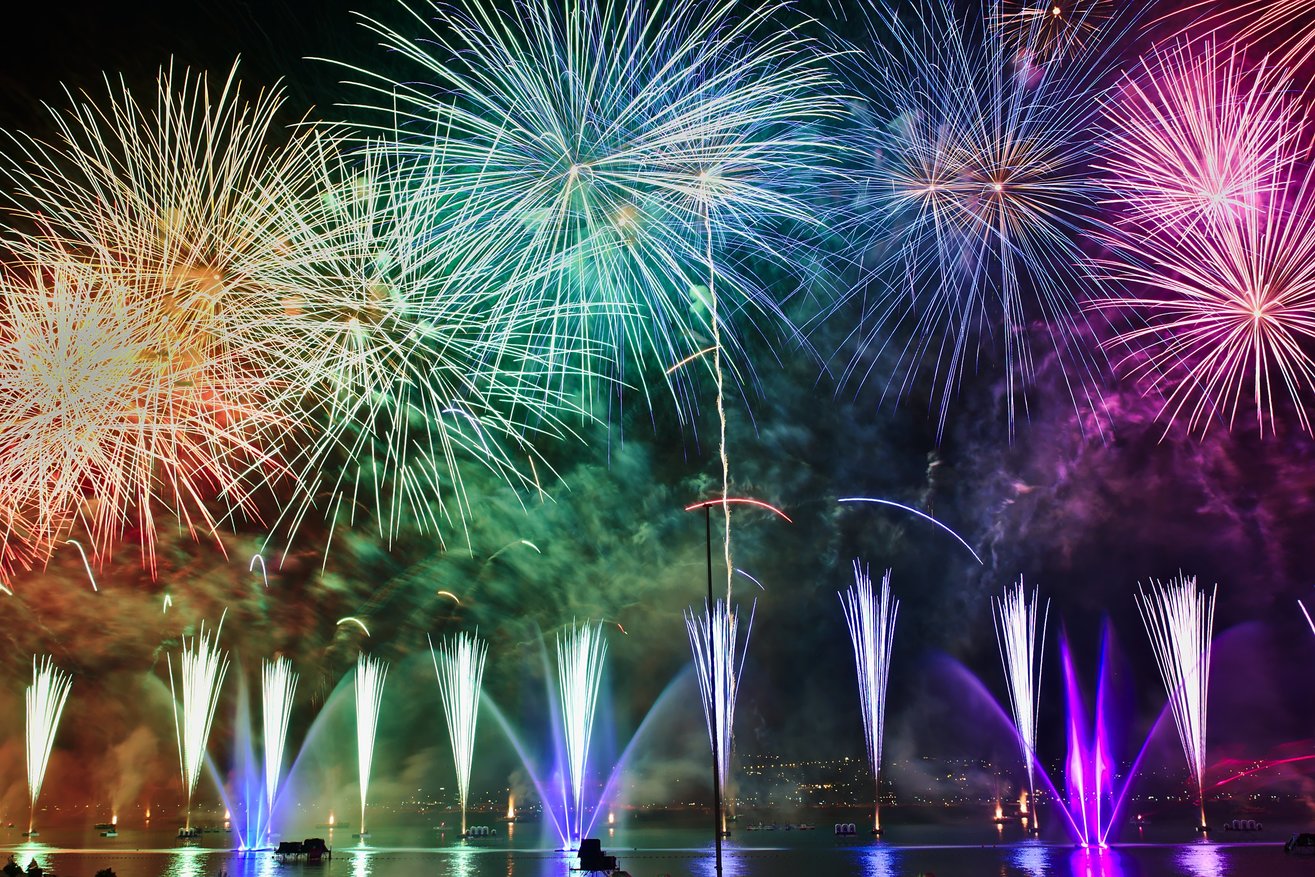 The e-mail from Odgers Interim read: “July’s issue of Perspective is going to be around our 15 year anniversary.  We would like a section from you.... Would you be happy to contribute?”

15 years?
15 years is not a long time in business; three "five-year plans".
15 years is, however, long enough to establish a business which stands out in its market. Odgers Interim is such.
15 years is not long enough in a career to develop the skills and experience to become an Interim Manager. Interim management is not normally a career for the young executive. The breadth of responsibilities, the depth of disciplines, the length of a career and the successes are the factors that make for an interim manager.

15 years is not a long time in my career, less than a third! My career, somehow, fits the interim management profile.

An engineering degree in electronics from the University of Liverpool. My thesis was on a new device called a power semi-conductor. That dates me and qualifies me for career longevity.

My career started off as a military radar design engineer with GEC. Limited prospects, as well as being a conversation stopper in a pub. GEC, at my prompting, converted me into a Manufacturing Manager and one of the youngest negotiators with engineering unions at district level.

The unions’ nickname for me was, “the Cheshire Cat”. I wonder why?

I was now on my way to broadening my responsibilities and skills.

After this successful corporate career, another box ticked, I became, a Management Consultant! Really an Interim Manager, but businesses were not aware of the concept in the 1980s.

The lucky break for interim management and, I guess me, was an article written in the business section of the Sunday Times on 8th November 1987: “Headhunters see future in Temporary Executives.”

The article quoted me. I argued that the use of professional executives within companies was not new. Accountants and legal professionals, to name but two, were widely used. The expression, locum (a person who stands in temporarily for someone else of the same profession, especially a cleric or doctor. - OED) has been used since the 17th century. So, why, oh why, could the principle not be used for other disciplines within an organisation?

The response to the article was overwhelming. Over 2,500 executives wrote to me saying they wanted to be an Interim Manager. No e-mails in those days!  Less than 50 of them passed my Interim Manager profile test. That is less than 1% and I do not think this pass rate has changed much since. I would be concerned if it had risen considerably. Note I did not receive one enquiry!

I digress for a moment. In that same issue of the Sunday Times, there was an article describing a future device, small enough to fit in a shirt pocket, but big enough to store 15, yes 15, minutes of music. Imagine if the interim management market had grown at the rate of the iPod market, which, by the way, will not be 15 until October 2016.

So, why did interim management evolve in the late 1980s?

It was the Thatcher-era. A time of driving efficiencies up and driving costs down. Change saw layers of management being stripped out of UK businesses.

Some organisations probably cut too far. They found there was still a requirement for certain management needs, but now they could deal with them on a totally different basis. An “as and when needed” basis and the “Interim Managers” were there, or at least 50 of them were.

An association of providers of interim management services was formed in 1989. The inaugural meeting was held at the Athenaeum, an odd choice as you were not allowed to enter the premises with any business papers. The meeting decided to call the association The Association of Temporary and Interim Executive Services, ATIES. What a mouthful! I disagreed and suggested a simpler name, The Association of Interim Management. I lost and coined the expression, “Move forward into the Nineties with the ATIES”.... More groans!

The early years of the industry were difficult. The service was little known and little understood. Surveys at the time suggested that less than 25% of business executives knew the concept, let alone understood it. As a result, the sales and marketing of interim management had to include an element of education. My pet educational one liner was; “If you think about it, I bet you have recruited a full time person to deal with a project, limited in time, and now you don’t know what to do with them.” The answer was invariably, “yes” and my reply was, you have guessed it, “Why did you not consider an Interim Manager?”

By 1993, the major executive search companies were viewing interim management as an option to add to their services. I was approached by Norman Broadbent, then the UK's largest executive search company, and asked to establish an interim management business alongside their selection business. It was then that I met Richard Boggis-Rolfe, one of three executives who, in retrospect, had influenced my career most. The other two? Arnold Weinstock at GEC and Branco Weiss at Roche.

In 1998, Richard Boggis-Rolfe acquired Odgers - a niche executive search company - and in 1999 he asked me to establish Odgers Interim alongside the Odgers search business. So, 15 years ago, on July 1st 1999, Odgers Interim was founded.

Originally, the Odgers Interim management business concentrated on the private sector, reflecting my background and Odgers search business. By 2004, it had moved into the public sector and both sectors have successfully developed alongside one another. Odgers Interim is now the UK’s number one interim management service supplier.

It would be amiss of me not to mention my successor, Grant Speed.  The choice of an executive is very much dependent on the state of the organisation and matching the executive’s skills to it. Start up executives, and I fall into that category, reach a point in the establishment of a new business where they should handover to a new executive who has the skills to take the business to the next level. Grant is such an executive and has successfully taken Odgers Interim to the next level and the one after that. Revenues are at their highest, £33 million. There is tremendous growth in the regions and international growth, backed by the international strength of Odgers Berndtson, beckons.

But what of the future, what will the next 15 years have in store for Odgers Interim?

15 years is an unforecastable length of time, despite the 15th anniversary gift being crystal. So, instead of the crystal ball I will resort to history - a paradox that I often use. History can teach us a lot.

The executive search business is well over 50 years old. In that time, it has weathered political, economical, demographical and technical change on a grand scale, which has seen many industries fail and disappear. It has coped with these changes by taking advantage of them for the benefit of a more demanding client and by remaining an ethical and professional service provider.

The same will apply in the next 15 years for search and interim management service providers. Organisations in their pursuit of success, will, even more so, face the need to locate, attract, and hire the best available people for leadership positions.

The challenges, high executive turnover, changing demographics (increasing BRIC demands), increasing complexity and greater due diligence will increase - both for the client and the search and interim management provider.

Technology must be seen as an aid and not a means for the client to by-pass the search and interim management provider. Choosing a candidate who is the right person with the right skills at the right time will remain as much an art as a science. The search and interim management providers must be seen as the “touch and see” providers, which only sourcing, interviewing, selecting and, occasionally, persuading can provide. This is the art.

Chris had a huge impact on my interim career and I'm very grateful to him for that.
In Chris' article the sentence that stood out for me included the words 'the sales and marketing of interim management had to include an element of education'. Has it really changed that much? I am still amazed how little is understood about interim management:
I'm not a contractor, I don't just turn the handle!
I'm not a consultant, I roll my sleeves up and do it!
I think there's still a bit more education to be done.
Thanks Chris for your help and support and for creating a business like Odgers Interim.
Terry

I think you are right Chris, the Interim "profession" has grown up considerably, but I feel it still has a long was to go to clarify for clients what we are really about and how we are different from contractors/consultants. Cheers

Chris had a huge impact on my interim career and I'm very grateful to him for that.
In Chris' article the sentence that stood out for me included the words 'the sales and marketing of interim management had to include an element of education'. Has it really changed that much? I am still amazed how little is understood about interim management:
I'm not a contractor, I don't just turn the handle!
I'm not a consultant, I roll my sleeves up and do it!
I think there's still a bit more education to be done.
Thanks Chris for your help and support and for creating a business like Odgers Interim.
Terry Summers