What’s in a name? Building a brand in the independent health sector 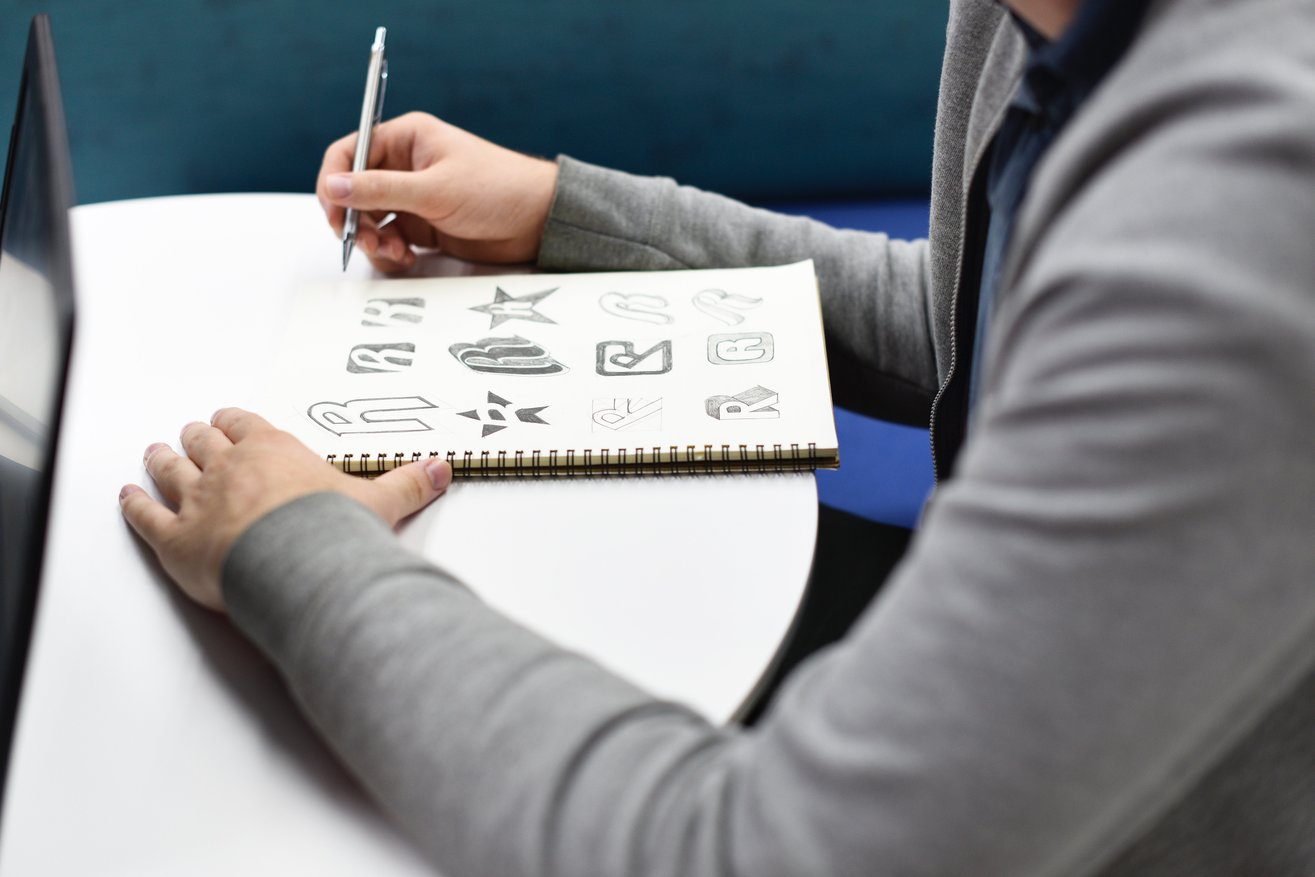 Working in the independent health sector I am often bemused by the nature of healthcare debate in this country. To someone unfamiliar with the inner machinations of the health sector, reading the newspapers must be a fairly terrifying experience. On the one hand, our public sector-run NHS is described as being in a state of perpetual crisis and permanently on the brink of complete destruction. To put this in to context, newspapers have been saying this consistently since at least the 1980’s. Irrespective of the reality that a service employing 1.7m people and providing universal healthcare to an entire nation is going to have its exemplars as well as its ‘problem children’, the NHS is always inexplicably referred to as one gigantic, unwieldy organisation. On the other hand, the independent (or ‘private’) healthcare sector is described in increasingly baroque terms as being full of voracious, profit-hungry villains, desperate to tear down the sainted NHS in the name of making a quick buck.

Any major political campaign, be it a leadership battle or a general election, inevitably brings these cartoonish characterisations to the fore. Before every election, the Conservatives are forced to expend a great deal of time and energy attempting to reassure a sceptical public that they don’t intend to sell the NHS to ‘their mates in the City’ at the first available opportunity. Meanwhile it is now a prerequisite of any Labour leadership election that all candidates promise to ‘save our NHS’ if elected. It is never made clear exactly what it is they will be saving it from.

As with so many things in life, the reality is considerably less dramatic. In a great many areas of healthcare delivery, the public and private sectors work in tandem on a daily basis to deliver services to patients. Private hospital groups work with NHS Clinical Commissioning Groups (CCGs) to tackle NHS waiting lists. In the mental health sector, independent sector providers are responsible for caring for a vast number of patients with complex conditions, in specialist settings which the NHS simply cannot provide. Meanwhile innovative providers like Healthcare at Home or ORLA Healthcare are working with NHS Trusts to enable a greater number of patients to receive hospital-level treatment in their own home, freeing up valuable hospital beds for acute cases. There are now numerous examples of NHS Trusts, independent sector providers and not-for-profit organisations successfully bidding for contracts as joint venture partners, to provide ‘free at the point of need’ services to their local health economies. However, a great deal of independent sector provision doesn’t involve the NHS at all, as the public appears increasingly willing to pay extra in order to take control of its own healthcare.

So why the bad press? In my view, the problem is that the independent health sector has historically struggled when it comes to public relations and marketing. To the vast majority of the population, the sector is a total mystery and huge misconceptions exist across the board. For instance, any news story about rehabilitation services nationwide inevitably refers to a stay at ‘The Priory’, a Roehampton facility made famous by its celebrity patients. In truth, the Priory Group has a network of over 300 facilities across the country and changed hands this year for £1.3bn.

In virtually every other commercial enterprise in the UK, there are brands which can demonstrate instant household recognition. With the exception of a select few organisations, the independent health sector appears to be light on recognisable brands. Does the general public know that they can readily access a price list and pay for virtually any conceivable operation, without needing to join a waiting list? Or that they can pay privately for relatives to stay in a high-quality, purpose-built care home? Or for home care services? Or for instant access to GP appointments? Or indeed for mental health services such as therapy and counselling? If so, are there ‘household name’ brands, to which the average person would immediately turn? I would suggest that virtually no healthcare brand has yet penetrated the public consciousness in this way, and this must surely represent an enormous opportunity.

In interim management terms, Human Resources has undoubtedly been the sector’s major hiring trend of the last year or two. I have spent a great deal of time assisting organisations looking to fix long-standing HR process, recruitment and retention issues and placing senior interims who are capable of achieving just that. However of late I have begun to hear a greater number of CEOs speaking about ‘brand recognition’ and looking to address some of the wide-reaching misconceptions which exist about our sector. Make no mistake, there are many marketing, digital and communications interims out there with strong commercial-sector backgrounds, itching to turn their hands to a new sector. With the above in mind, I wonder if a new trend may be primed to appear.

There are independent health sector organisations out there providing genuinely world-class care to their patients, each and every day – surely it’s time that we started telling the world about it?

Having worked in health reform 'Down Under' prior to the UK, I could never fathom the emotion behind the NHS reform debate, until I became aware of its genesis, i.e. post WWII. I have interpreted that it represents a demonstration of equal rights, via access to healthcare (supported by a strong charter). This is contrasted against a society that had left returned servicemen to starve of the streets previously. I suspect that any discussions/debate re: dissembling the NHS trigger deep (and possibly real) concerns about a tiered society, health (care) being the foundation and basis from which people can contribute to society. Of course society is changing, as is social mix and demands placed on the NHS. However, the often unsaid undercurrents to introducing a price to the public on access to healthcare, I believe are deeper than simply a branding exercise (not to be disagreeable?!) but strike at the core of 'an equal right to live' (perhaps?)

Patricia, I completely agree with you. The 'free at the point of access' aspect of the NHS is sacrosanct in the UK and it would be electoral suicide for a political party of any hue to suggest its removal.

My point was that the independent sector need not be seen as the 'wolf at the door' of the NHS. There is much that the sector can (and does) add to complement that which the NHS already offers. I do however feel that for the most part, the independent sector has been particularly ineffective in conveying its message to the public.

To answer Dan's hypothetical question about "saving the NHS from what?", the answer is from itself! Having spent the last 2 years in an extended interim role based at a prominent NHS trust, what amazes me is how much resources many NHS trusts actually have, but how wastefully they use them. Never mind a 7-day NHS, in my experience you were lucky to achieve a 4-day NHS: nothing much happened at weekends, or Fridays when the numerous part-time staff preferred to have a long weekend and the consultants saw their private patients. The resources are there, and the vast majority of people are very committed, but they are let down by poor management, which tends to be drawn from an insular, self-perpetuating pool. The NHS has a lot to learn and a lot to gain from private sector involvement, whilst retaining many of its public sector values. The NHS does not need saving from the private sector, it needs saving - at least partially - by private sector involvement.

This is very good piece Dan. I am in 100% agreement about the importance of brand management in the healthcare sector.

The NHS is far too negative and in my experience the private sector is far too cautious about challenging the norms and showing the way forward. If private companies are unwilling to be braver, they cannot then complain about being misunderstood.

All too often “marketing” is viewed as being expensive and something that is for other companies. There are simply too many misconceptions. Here are some of them:

Misconception no.1: “Marketing is wasteful and expensive’

The truth is that marketing is about deeper understanding around the real needs of customers (commissioners, patients and importantly their staff) and generating new solutions, better services and easier access. Intelligent marketing starts with smart insight and proactive innovation planning. Huge amounts can be achieved by thinking outside the conventional frame of reference to drive new propositions before investing in communications.

Misconception no 2: “We’ll deploy branding when it comes to a competitive bid”

The truth is that when you get to this stage its simply too late. Well-formed brands are built over time. I know a number of healthcare businesses that have become unstuck when they find that they are misunderstood and, when it comes down to it, they haven’t figured out themselves what they truly stand for.

Misconception no.3: “Commissioners don’t want to be challenged”

The truth is that commissioners are busy. They will admit that they are ill informed about what differentiates many private healthcare services, what they stand for and the best possible models of care. They need, and want, to see proactive thinking from the market.

In other industries, take IT for example, business invest in thought leadership and differentiate their services with skill. I’ve recently undertaken a major piece of research with a private healthcare business that examined the demands of UK commissioners. The bottom line is that they feel it is important for the private healthcare sector to clearly demonstrate what it can do better.

Misconception no 4: “Marketing is all about emotions and “fluffy” things that do not sit well with an evidence based, clinical sector. All decisions in healthcare are made on rational grounds”

The truth is that clearly differentiated, powerful brands engage on both a rational and emotional level. Healthcare services must not only embrace outcome data but issues such as corporate responsibility, the quality of staff, the delight of patients, going that extra mile, management quality and investing for the future and so forth. Successful commercial businesses, often in equally complex markets, know this and deploy consistent, creative and more emotive branding techniques that really engage their audiences.

Misconception no 5: “Marketing investment is hard to monitor and see a quantifiable return on investment”

The truth is it is perfectly possible to monitor marketing effectively and see a commercial return. Through skilled strategic planning, clarity of objectives and a good use of IT and data sets along with modern digital techniques marketing can demonstrate value to an organisation. In fact, given the relatively low level of strategic priority given to marketing as a function in healthcare, I have seen new strategies implemented and a remarkable, provable uplift in referrals and contracts wins being achieved within a short timeframe.

In conclusion, given the on-going negative publicity associated with general healthcare services, there exists a significant opportunity for private healthcare businesses to take a more considered, intelligent approach to marketing and brand management that will pay dividends in future.