Preparing for a zero-carbon future in Aerospace 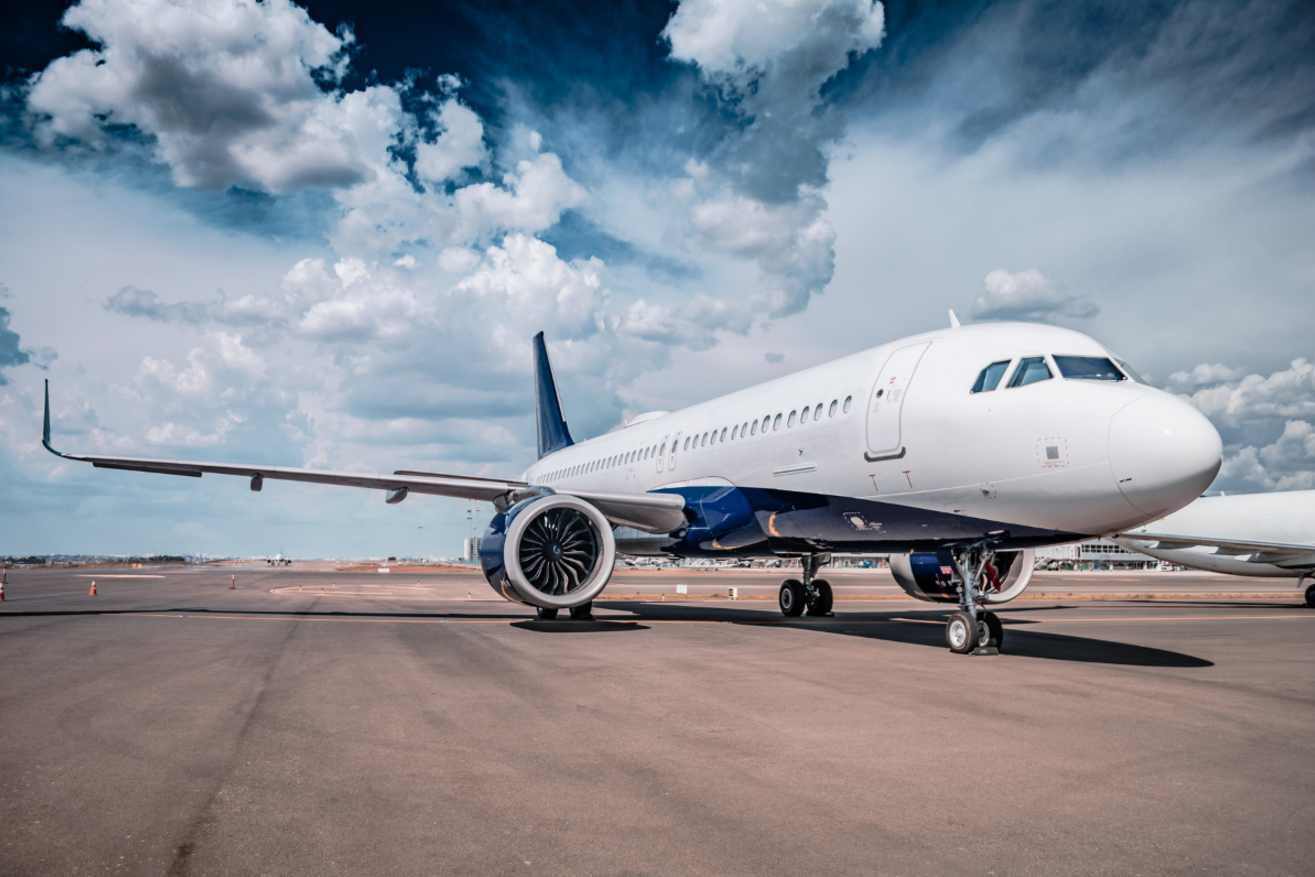 Harry Malins, Chief Innovation Officer at the Aerospace Technology Institute (ATI), argues that although achieving Net Zero flight by 2050 is an enormous challenge, it is possible.

The topic of a zero-carbon future in aviation is timely. July saw the first in-person Farnborough Airshow in four years, coinciding with record UK temperatures. At the show we heard a lot about getting to Net Zero in aviation – including publication of the Jet Zero strategy and an updated AGP Strategy, as well as countless sustainability announcements from companies large and small.

We also saw the usual flurry of deals, with order volumes signalling that things will pick up for a sector that as we all know has had a particularly difficult couple of years. It’s very easy to be pessimistic about the future of aviation when the papers are full of headlines about travel chaos, rising fuel prices and the climate catastrophe. Nevertheless, fundamentally people want to fly.

In an unconstrained world, many more people would fly than currently do. Estimates vary but in any given ‘normal year’, perhaps only 6% of the world’s population gets on an aeroplane. That’s a lot of people not flying. A huge amount of unconstrained demand if you take a broad definition of ‘unconstrained’.

Of course, there are those who don’t fly for health reasons, for security reasons, or simply because they don’t like the experience. But for many people the traditional barrier to flying has been affordability. That’s why over the last few decades as global GDP has increased and the cost of air travel has fallen dramatically, there’s been a huge increase in the number of passengers carried, from around 500 million in the early 1970s to around 4.5 billion in 2019.

People want to fly safely, conveniently, and affordably, and prior to Covid travel bans the main barrier to more people flying was cost. But recent years have seen additional constraints – the aforementioned travel bans, but also increasingly environmental concerns. People want to fly without damaging the environment, and in a world where that isn’t yet possible, there is a risk that people and organisations will decide to reduce their travel. Only 1% of the world’s population is responsible for around half of aviation emissions, and that 1% is increasingly being made aware of the impact it’s having.

The job of the aviation ecosystem must be to remove these constraints – to provide the vehicles, the infrastructure, the services that will enable flight that is affordable, safe, environmentally sustainable, and convenient. If industry is able to offer aircraft that are more cost effective and more environmentally friendly, then the supposed headwinds of environmental concerns and high fuel prices become tailwinds, because airlines will renew their fleets to become more sustainable and bring down costs. This also represents a huge opportunity for UK industry, and a far more exciting employment proposition than aerospace has offered for a while.

But are we doing enough, fast enough?

The Aerospace sector is at a pivotal moment: the challenge is to get to Net Zero carbon emissions by 2050. Without action, over that timeframe sector emissions are expected to increase from 2% of global emissions to 25%. Assuming that the industry returns to its pre-Covid growth trend, annual aviation fuel consumption will more than double between now and 2050 if no measures are taken.

For some people, the challenge is too great, and the answer is to fly less – technologies are too immature, the investment requirement is too great, the timeframes are too short.

I’m inclined to disagree with that assessment.

People underestimate the ability of investment and good engineering to generate transformative solutions. They also look at the status quo today and have difficulty grasping how different that status quo might be in 20- or 30-years’ time. They look at the scale of growth required and conclude it isn’t possible, forgetting that rapid scaling has been achieved before (cf. oil, railways, air travel).

But we must be realistic about the size of the challenge, described to me recently as a “super wicked” problem. Which means not only that it’s a major systemic challenge, but also that time is running out and the longer we leave it, the more challenging it becomes.

At the Aerospace Technology Institute, we’ve thought hard about the challenge. In our latest edition of the UK’s Aerospace Technology Strategy, which we published in April, and which drew on input from dozens of people within our advisory network, we outline the combination of measures that we believe will enable Net Zero flight by 2050. The key ‘needle movers’ are the development of ultra-efficient aircraft technologies, use of synthetic aviation fuels – both synthetic and bio – and, importantly, development of zero carbon aircraft technologies. I’d like to touch on each of these areas.

Firstly, ultra-efficient technologies focused on improving energy efficiency. Examples are the development of next generation ultra-high bypass turbofan engines, or of lightweight, high performance composite wing structures and integrated systems. Ultra-efficiency is desirable whatever the fuel source – as well as having environmental benefits (including beyond CO2), it has economic benefits that will bring down the cost of flying. And because ultra-efficiency makes sense for any fuel type and has a clear and understood economic benefit, I’m confident it will happen. The logic is clear to industry, the demand signal is well understood. In fact, industry has invested and continues to invest significantly in the development of ultraefficient technologies which will make air transport a more pleasant, more affordable, more sustainable experience.

Moving on to SAF: basically, we’re talking about aviation fuels derived from non-fossil carbon resources such as biofuels from biomass, or synthetic fuels from carbon capture where the production energy ideally comes from renewable energy sources. SAFs compensate for their emitted carbon dioxide through the production or capture of their feedstock, making them fully or partially carbon neutral. SAFs are already deployed in commercial aircraft, but their use is restricted to low blends with kerosene, and global uptake is below 0.1%

Production of SAF must increase from today’s 0.05 million tonnes annually to over 400 million tonnes per year by 2050 if it is to play a significant role in the decarbonisation of the sector. Challenging, but not unachievable. It took oil perhaps three and a half decades to reach the same scale once it started to be adopted in earnest.

While SAF is considered a drop-in solution, work must be done to make it fully compatible with existing distribution systems, storage infrastructure and aircraft. The future SAF supply chain needs logistics and blending facilities that can scale to hundreds of millions of tonnes.

Part of the challenge with SAF is that producers claim they can scale production to reduce costs significantly if they get the right demand signal from the airlines. The trouble is that airlines need to see costs come down to commit to large volumes of SAF.

There are also issues relating to sustainability. For example, SAF doesn’t actually result in zero carbon at the tailpipe. It depends on carbon capture and storage – technology still in its infancy.

We also need to ensure that the production of SAF is sustainable in relation to feedstock. For example, there’s only so much biomass that can be used to produced SAF sustainably.

Another problem, and this is also true of hydrogen burnt in a gas turbine, is that it still produces nitrogen oxides which have a significant environmental impact. Indeed, while most of the work in the sector is on how to decarbonise flight, there are still many unanswered questions relating to non-carbon emissions and contrails, for example. Yet because we need SAF adoption to get to Net Zero 2050, we must find the answers.

What about zero-carbon technologies? This is where we’re really getting into the transformation of the sector. Tremendous advances in electrical aviation are being driven in the urban air mobility space by companies like Vertical. The potential is hugely exciting, and we may all find that within a decade or two the way we travel has changed dramatically. It’s also great to see start-ups coming into the sector in a meaningful way.

Yet from a sustainability perspective I expect urban air mobility largely to be about offsetting the impact of other modes of sub-regional travel, particularly road transport. At the larger end of commercial aviation, electric aviation won’t have the range. At least not any time soon.

What about hydrogen? You may have heard of FlyZero, an ATI project that brought together 100 experts from across UK industry for just over 12 months to investigate the technical and commercial feasibility of zero-carbon emission commercial flight. Participants included people from 34 different industrial partners and suppliers, five airports, three airlines, and 16 universities and research organisations.

This finding surprised me, but it’s genuine. The cost of liquid hydrogen is expected to fall rapidly, driven by supply increases, technology advances – particularly reduced renewable energy costs – and production efficiencies. Hydrogen’s cost advantage will be accelerated by increasing levels of carbon pricing applied to kerosene and SAF blended with kerosene.

But there are huge barriers to the development and adoption of hydrogen powered flight. As with SAF, we don’t have a good enough understanding of the non-CO2 impacts on the environment and need to do a lot of work on the climate science.

As with SAF, there’s a fuel production challenge – we’ll need significantly greater volumes of green hydrogen. And we’ll need to scale up liquefaction capacity by several orders of magnitude (in fact there’s currently no hydrogen liquefaction capacity in the UK, and almost no liquid hydrogen skills beyond the Health and Safety Executive in Buxton).

We also need to get the airport infrastructure in place. This is costly and requires a lot of space (and/or a lot of tankers).

And we need to develop the aerospace technologies themselves, including liquid hydrogen gas turbines, hydrogen fuel systems, hydrogen tanks, fuel cells, thermal management and electrical systems, and aerodynamic structures. These are currently low maturity technologies that need investment and a supporting test infrastructure.

They also require the right demand signals! A lot of this comes down to economics. The Aerospace sector needs to see a commitment from airlines to transitioning to hydrogen powered fleets, and the airlines need to have their own demand signals – they ultimately need to be confident that in adopting zero carbon aircraft they are going to be able to offer services that are competitively affordable, safe, convenient, and environmentally friendly. The market needs to become more accessible, not less.

So, can we get more than 6% of the world’s population flying on services that are affordable, convenient, safe and environmentally friendly? And can we do that by 2050? I think we have to give it a go, and I know that doing so will make the sector a fantastically exciting place to work over the next few decades.

This piece is an edited version of a speech given by Harry Malins at a dinner event hosted by our Partner, Industrial Practice, Tom Legard.