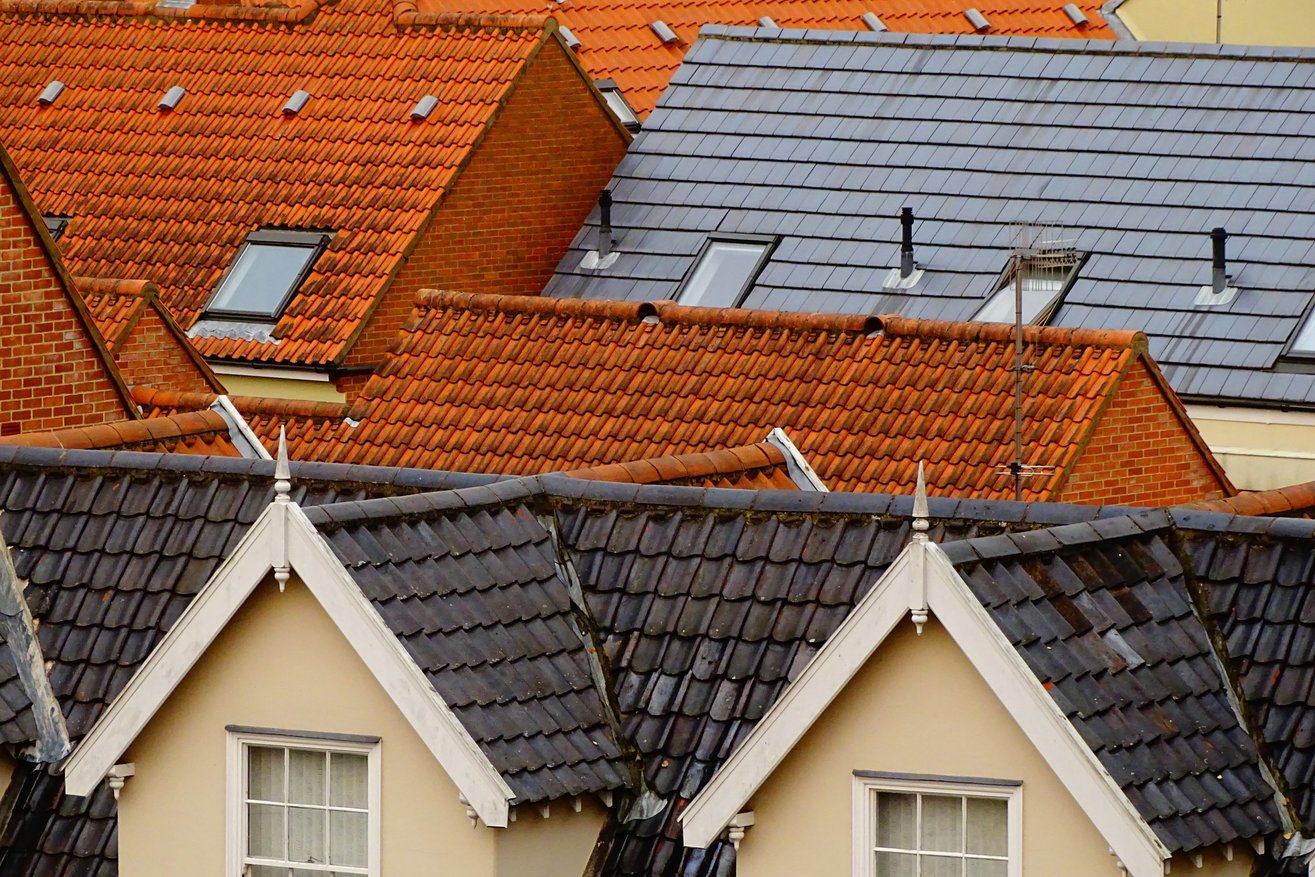 Bernadette, thanks for agreeing to be interviewed for Perspective. Can you give us a quick overview of your career to date?

I am very committed and passionate about the Public Sector and have worked in it for over 35 years. I have been a senior interim for nearly 13 years at Chief Executive and Director levels right across the UK, predominantly in London. Before choosing to become a career interim, my last permanent posts were Director of Community Services and Chief Executive of the Brixton Regeneration Company.

I started my career working across all areas of social housing and then went into regeneration, as well as working in community engagement, environmental and neighbourhood services and then onto corporate and change management type roles. The interim roles I have undertaken have variously used the breadth of this wide experience, knowledge and skills. Throughout my career, I have also enjoyed a range of Non-executive roles.

You’ve worked in the Local Government sector for many years and over that time it has evolved hugely. In your view, what have been the main developments that have helped to shape the sector?

The main shift I have seen in Local Government has been created by fiscal and political drivers, addressing a range of social and economic pressures and challenges, as well as holding the sector more publicly accountable. This has included a greater focus on the users of services. They are now seen more as customers who can, although not in all cases, start to exercise choice over the provision of their services, directly and indirectly, through a diversity of providers which has been encouraged by increased competition. Public Sector reforms have been driven by a greater focus on continuous improvement and delivery, which has increasingly led to transformational rather then incremental change.

The key difference between Local Government and the wider Public Sector is the direct relationship between the elected Members and their constituents, via the ballot box. It is that unique community leadership role that sets it apart and which also drives change.

What are the main differences between now and say 10 years ago?

I believe amongst the key demonstrable differences, the drivers discussed above have resulted in the following...


Has there been a shift in demand for the skills you provide over the same period?

Local Government has had to review its leadership and management styles to cope with the changes that have occurred and the challenges it has and continues to face, requiring new types of executive leaders who can manage organisational and managerial change, whilst still maintaining vision and staff motivation, in recognition that local authorities are both people and service organisations. This has translated to the requirements of interims, too. The interim skills set has required, increasingly, not being just technically competent but also managerially and financially competent. There is also a premium on having highly developed engagement and partnership building skills that encompass both external and internal partnerships, alongside a solid commercial acumen.

People management skills remain a core skill, particularly as change occurs. Interims need to be able to implement transformational changes and transfer their skills to staff to be better equip them for the future. This can often include needing to have mentoring and coaching skills.

The media and the public can sometimes be critical of the Local Government sector so what do you think would drive better goodwill, engagement and understanding?

Firstly, I'd say there is so much media coverage of Local Government because it impacts our lives in so many different ways. That – in my view - is a strong testament to its importance to civil society. However, understanding the complexities and challenges local authorities deal with on a daily basis does not tend to sell papers nor make for exciting documentaries.

Notwithstanding this, the media has, at times, correctly held the sector to account for its failures; which sometimes have resulted in devastating consequences for the individuals, families and communities concerned. However, I have seen - and been part of - the very best of Local Government. When it is done well, it impacts and changes people's lives for the better in a way no other organisation can - this, unfortunately, receives less media coverage.

Local Government needs more advocates who are confident and prepared to readily take responsibility when it falls below acceptable standards, but who are also willing to argue for its values, the services it delivers and the many excellent and dedicated people who work within it. I also think that partners and service users, empowered to speak out as external third party advocates, would encourage greater understanding and reporting balance within the media.

Your own career has focused heavily on Regeneration, what’s next in that space?

There have been many and different regeneration programmes over the last three decades or so, with differing degrees of success but the lessons from these programmes have not always been learnt.

Regeneration is often unfortunately, although increasingly less so, seen as just physical regeneration. For there to be successful long-term and sustained regeneration, there needs to be integrated and comprehensive physical, social, economic and environmental regeneration programmes established.

Local Government has the community leadership role, so has responsibility for facilitating agreement to a clear strategic vision and the strategic objectives to underpin it. This is most successfully done when developed in consultation with - and therefore securing - the buy-in and ownership from the communities, partners and investors etc, to ensure the vision is a shared vision. However, Local Government does not always have the full set of skills required to deliver these complex and multi-faceted programmes.

Some of the more successful larger regeneration programmes has been delivered where arms length delivery vehicles have been established, which have local authority membership as a strategic partner, but not in sole control; they work alongside community and partner membership to implement the integrated regeneration programmes and plans. These arrangements recognise the diversity of the investing public, (including the Government), and private partners’ objectives and community aspirations. So, for larger regeneration schemes I would expect to see development of more bespoke arms length delivery vehicles that recognise the unique challenges of specific regeneration areas. These strategic partnerships will have accountability to the local communities for the delivery of the regeneration programmes and, ultimately, delivery of the shared vision.

You’ve spent a lot of time building partnerships, how important is that?

Partnerships are key to the future of public sector policy development and delivery of services. These partnerships cross the private, public and third sectors. Successful partnership building needs focus with leadership, listening, negotiating and collaboration skills. It takes time and patience to develop mutual trust to build effective partnerships and then it needs constant attention to sustain them.

Local Government often don`t have the much needed investment and funding but they do have the legitimacy from their local communities to work with partners to deliver improvements to their environment and lives, whether it`s working to deliver major new residential, commercial, sport or retail schemes, to the provision of community and health facilities, to the delivery of universal services and social care provision to the more vulnerable.

As well as throughout my professional career, I have also got significant experience in building partnerships through my non-executive career, including being a Non Exec NHS Director and a board member of various not for profit organisations including being the Chair of a charitable organisation working with Government Departments addressing the challenges of women trafficked to the UK into forced prostitution. This experience helps me to readily see issues from different perspectives and therefore negotiate solutions.

The future is partnership and the co-existence of partners working together to deliver for communities.

You’ve also worked on election observation missions to Macedonia and Kosovo. What were the missions like?

My electoral missions work is fascinating and this experience gives renewed focus on the importance of the electoral process to effect change, which in the UK, unfortunately, we take for granted as evidenced in the all too often low turn outs at the polls.

The importance of these elections is crucial to countries, which are on a long political path for international acknowledgement and ultimate admittance to organisations such as NATO, the EU etc. As an international observer, you are provided with a detailed briefing, (including from the military on bomb identification, where needed); teamed with an international partner, given a driver and interpreter and an electoral district to monitor; and then you are on your own!

The Organisation of the Missions is highly developed to ensure you are reporting in regularly, so an overview can be maintained throughout. A public declaration is also made about the validity of the process as soon as possible after the polls have closed.

I have found myself in various situations including being in a locked barn with burly farmers shouting and brandishing guns; having a UN armed escort to a known politically volatile area (only to have a pleasant encounter including being offered the local `fire water` and trying to be matched up with a soldier on the UN tour!); and being hugged, emotionally, by a Kosovan in the street as she considered the British her liberators.

On the flip side, I have also witnessed cynical buying of votes; double voting; ballot box stuffing; intimidation and a Kalashnikov gun attack which led to the closure of that particular polling station! However, all of this underscores the importance and strength of local democracy, the organisation of it and the establishment of institutions for a healthy civil society.

What prompted you to become an interim?

I had always planned to transition into interim work. I decided to become a career interim for the challenge and variety it offered, and to make a difference in a sector I am fully committed to. This led to my first interim role as Interim Chief Executive and Director of Housing of an authority, which was the first to have government intervention measures into its housing services.

Over the last 13 years, I have enjoyed working across the UK in many challenging environments. I have worked with some of the highest calibre of colleagues and Elected Members, who have been committed to their communities and transforming their organisations and delivery of services recognising when interim assistance can help them to make the step change on their individual improvement and transformation journeys.

What do you think are the main benefits for a local authority which uses interims?

Interims undertake assignments ranging from strategic to operational roles, this includes providing direct leadership and management, to leading transformation and improvement programmes and to covering for planned and unplanned vacancies. Interims provide an immediate and flexible injection of expertise, knowledge and experience and start delivering from day one. The skills set they bring, not only includes technical abilities but also the requirement for the wider organisational and partnership skills.

As interims do not have immediate histories in the organisation, they can be objective in their diagnostic and implementation plans, in advising the client and delivering the client requirements.

In my experience, interims provide added value because of their wide backgrounds and experiences. They quickly mobilise and develop key relationships and often provide support beyond that which they were originally appointed to do. I consider interims to be a strategic resource for tactical deployment.

You can connect with Bernadette via LinkedIn here.