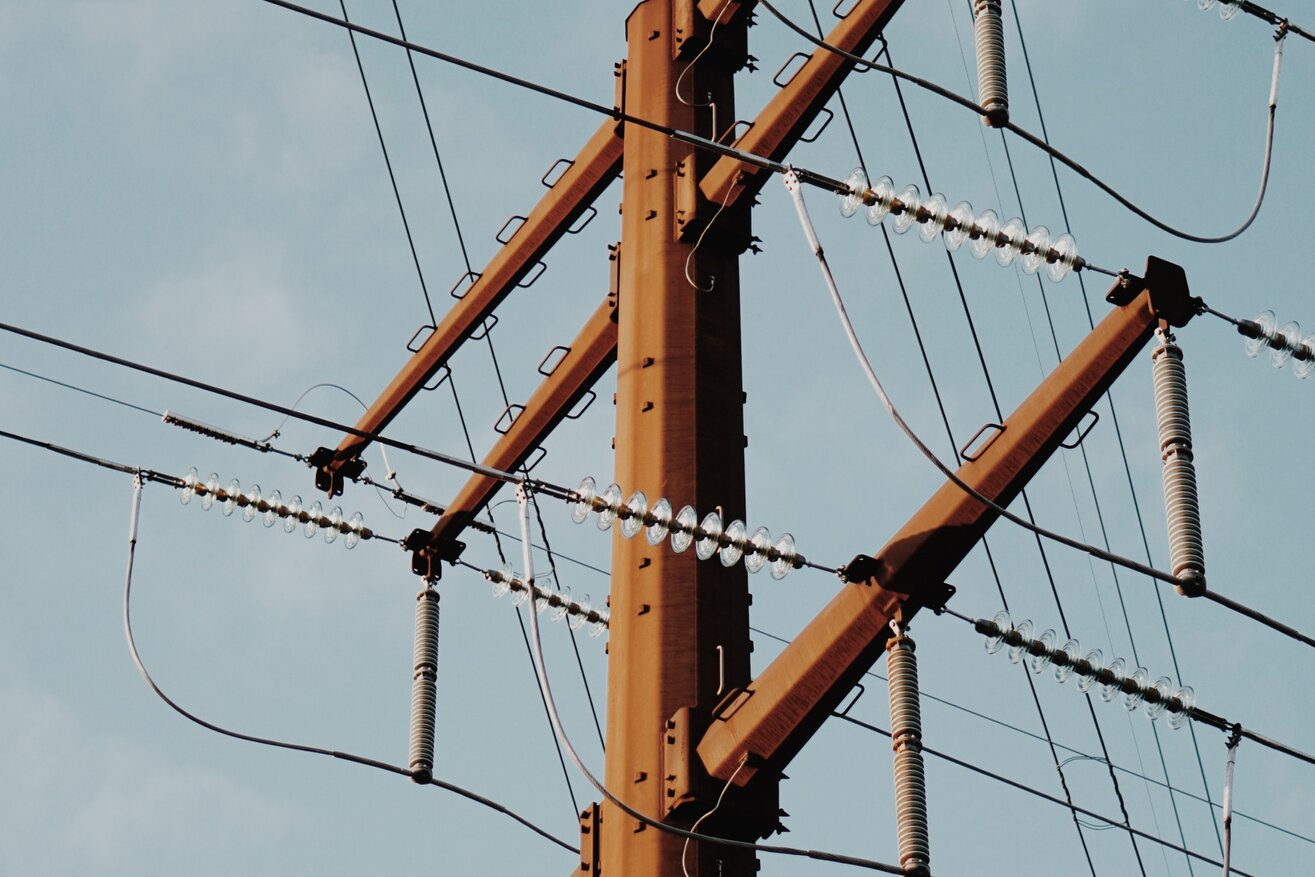 In 2015, Nottingham City Council established Robin Hood Energy (RHE) as a wholly owned not-for-profit subsidiary in order to tackle fuel poverty in the city and provide an alternative to the dominant ‘big 6’ energy suppliers. Due to the increased competitive intensity of the sector and the difficulties of achieving economic scale as a new entrant, the company began to see losses. The subsequent four-year period resulted in the accumulation of substantial debt and an overreliance on the Council’s funding to pay commercial costs.

In order to address the company’s financial difficulties as it approached insolvency, RHE looked to hire new strategic leaders with the objective of stabilising the company both financially and operationally. These complex issues needed to be addressed by highly experienced energy and utilities sector leaders adept at managing challenging and complex circumstances in a compressed time period. In addition, it was also agreed an interim board advisor was needed to manage the communications between the leadership team and the board, provide a much-needed injection of sector knowledge to guide decision-making at board level, work through strategic options for the business with the new leadership team and lead the deployment of the preferred strategy.

RHE appointed Jeff Whittingham as Interim Chief Executive. Jeff is a successful and experienced senior director from the energy and utilities industry. He is a UK expert in both energy supply and energy services having held a number of senior positions in business development, M&A, sales, energy trading, general business management and strategy. Jeff has a track record of building successful and sustainable new energy businesses including three energy supply businesses and an energy services business.

Alongside Jeff, Mike Thomas, was hired as Interim Chief Financial Officer. Mike is an exceptionally driven and confident senior finance professional with a determination to deliver consistently strong results. He is extremely influential with internal and external senior stakeholders and an inspiring and energetic leader. Mike’s specialism is in transformation and change environments across the energy and telecoms sectors.

The third interim executive hired was David Bird who operated as Interim Board Advisor. David recently led Co-op Energy as their CEO through a tough transformation period and before this he held the position of Managing Director at EON UK. With his extensive knowledge of the sector and leadership capabilities, he was best placed to offer strategic advice and guidance to the board through this period and formulate and deploy the future business strategy.

In order to communicate effectively across the organisation and have a clear overview of the operational proceedings, Jeff made the decision to reorganise the reporting lines. He split the lines between himself and interim CFO, Mike. He wanted to have all operational areas feed directly into himself, whereas financial concerns, such as trading and big budget areas such as IT, were able to be managed by Mike. Although the reporting lines were divided, they were not siloed. Jeff and Mike had daily catchups to discuss what was going on and support each other in their decision making and worked very closely throughout the whole assignment.

This was supported by the creation of a distinct senior leadership team formed of six key managers from the principal business units. The team’s weekly meetings not only meant Jeff could have his finger on the pulse at all times with clear, effective and consistent communication, but it also gave him the opportunity to address issues of accountability and visibility and ensure appropriate rigor was applied to decision making. To delegate responsibility to each senior manager, Jeff set out clear expectations and related objectives for each business area to contribute to the overall improved performance of the company.

To deliver great change at pace, Jeff needed to conduct a talent assessment process. In this, he came to the conclusion the organisation required energy and utilities sector specialists. He made five key contractor hires to transform different areas of the business, each with clear objectives for what needed to be done and by when.

On an organisation-wide level, Jeff strived to be a present CEO and communicate regularly to all members of staff. From day one, he had weekly Friday updates sent out to everyone about the key activities of the previous days as well as a more formal monthly briefing session. His intention was to embed himself quickly into the organisation and be an authentic leader.

This was particularly critical when the Covid-19 pandemic hit. The company was initially up against a number of logistical and technical challenges, including the transition of their call centre operations out of the office to be setup for remote home working. Very quickly RHE was 80-90% operationally effective with all call centre employees working from the safety of their homes. Throughout the months, Jeff ensured he communicated openly with members of staff about the company’s pandemic response and provided an honest assessment of the business performance challenges.

As interim CFO, Mike needed to control the finances, determine the true financial landscape of the company, and reduce costs.

From day one, there was one clear priority. The company had an urgent deadline to complete the delayed year end audit by December 31st. It was quickly assessed that the outstanding items to complete the audit were too significant coupled with the complex and fragile financial situation of the company and Mike immediately obtained a three-month extension. During the next three months, he successfully completed the audit with an unqualified audit opinion. He materially adjusted the accounts to correct errors in the company’s accounts and produced the first business plan for the business to underpin the going concern assessment from the board of directors and auditors.

His next focus was to conduct a cost review to reduce overall company spend. The first step in this was to implement an immediate recruitment freeze, ensuring the budget for employee salary was capped. Once this was in place, he then revised and clarified the company’s probation policy to effectively manage the number and expenditure on employees.

Following this, he reviewed every individual contract across the organisation. He asked senior management to take ownership of relevant contracts, renegotiate and consolidate where possible and ensure they follow a strict validation policy. Within this piece of work, he made the decision to reduce the office space down to two main sites.

The other main area of financial concern was the company’s hedging policy. RHE could no longer take risks in the pricing of energy. There needed to be financial certainty to ensure contracts were reliably profitable going forward. For this, he designed and implemented a new hedging policy whereby the situation was reviewed and reported on monthly.

David was hired to advise the board on a number of key decisions. He initially needed to reset expectations after it was revealed the valuation provided by a local consultancy firm to the Council for the company was widely optimistic given the updated financial accounts.

It became clear to David he needed to share his market knowledge with the board members to make them more aware of the sector as well as inform them of their duties given the financial position of the business. As the company was owned 100% by the Council, the board members were not energy specialists nor experienced board members and therefore lacked some of the insight necessary to make significant decisions for the company. To support in this, he ensured professional legal advice was obtained to advise the directors on the various implications of their dual role as Councillors and company directors.

David led a strategic review which provided a range of fully costed options for RHE and outlined the key implications for Nottingham City Council (NCC), the main shareholder. This resulted in a process to consult with key shareholders including Ofgem, the energy regulator, and potential investors, followed by a well-managed sale to deliver the best outcome for NCC, customers, colleagues and creditors.

In their 12 months as interim executives for RHE, the work Jeff, Mike and David did operationally, financially and with the board stabilised the business. With an improved financial outlook, they managed to conclude a financially advantageous deal with British Gas to acquire the customer base and the company has now gone into insolvency.

The decision to deploy an orderly insolvency process rather than a Supplier of the Last Resort process was novel for the UK energy market and has been greatly beneficial for the various stakeholder groups impacted by the dissolution of company - the process will return money to creditors through the distribution of funds; customers were informed of the insolvency and given a choice to migrate to British Gas or seek an alternative supplier; and employees were given settlement agreements and time to find further employment. One of the outstanding results of conducting the orderly process has been that over half the RHE workforce has found new employment opportunities.

Given the complexity of Covid-19 and the current economic conditions, this has been a great feat and one which has set a new benchmark for energy companies exiting the market in a structured way.